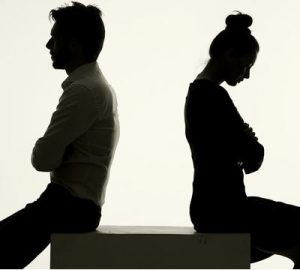 When was the last marital fight you were in? Can you remember what it was about? Perhaps it is clearly emblazoned in your mind because it was very recent. Perhaps it happens so often, it is a little foggy what the last one was about, but you know it was a doozy. Perhaps it has been a while because you have had some quality time together and things have been going smoothly. (If that last one is you, stay alert. Your next conflict may be around the corner!)

If you remember Esther chapter 1, we see a case of two individuals in a marriage not communicating well and reacting rather than responding. After 6 months of nation-wide partying and a week of local partying, King Xerxes demands Queen Vashti come before the drunk men in her royal crown and display how beautiful she is. She adamantly refuses. No call, no show.

Both Vashti and Xerxes made rash decisions. Vashti, ignoring how it would look (a lack of respect), if she refuses to come when the king calls. And Xerxes, expecting Vashti to be an object for drunk men to admire rather than as a person (also a lack of respect), allows his temper to flare. Then, Xerxes and Vashti updated their Facebook profile status with, “It’s complicated.”

When Xerxes listens to bad advice and has Vashti banished from him forever, the marriage is basically annulled. All is settled, right? Vashti is gone. He won’t have to face that lack of respect again. But the first verse of chapter 2 says, “Later when the anger of King Xerxes had subsided, he remembered Vashti and what she had done and what he had decreed about her.”

He remembered. He felt the loss. Inevitably when we act rashly, we have regrets and wish the relationship had not been damaged. We see Xerxes’ leaders attempt to give him peace by a Miss Persia pageant. The one who appeals to him the most of all these ladies, she shall be queen. He wanted to cover up his pain with another relationship – because we all know rebound relationships with unresolved feelings work so well!

Back to the point – misunderstandings happen. People fall short of our expectations. Feelings are hurt. Betrayal is felt.  If we are in a marriage, this is going to happen at some point, probably at many points if we both live long enough. What do we do when we have conflict? What do we do when we seem not to love as deeply as we once did?

That is our topic in our Relationships Matter series. This Sunday we will be looking at how to rekindle, reignite, and refresh our marriages. Hopefully you have already been applying the 5 A’s we talked about a couple weeks ago and have experienced some refreshment in your relationships.   Either way, it is my hope that you will plan to join us this Sunday at 9:00 or 10:45. Our goal always is to Know Jesus, to Love Jesus, and to Live Jesus. Come, let’s grow together!

Thank You and have a Blessed Day